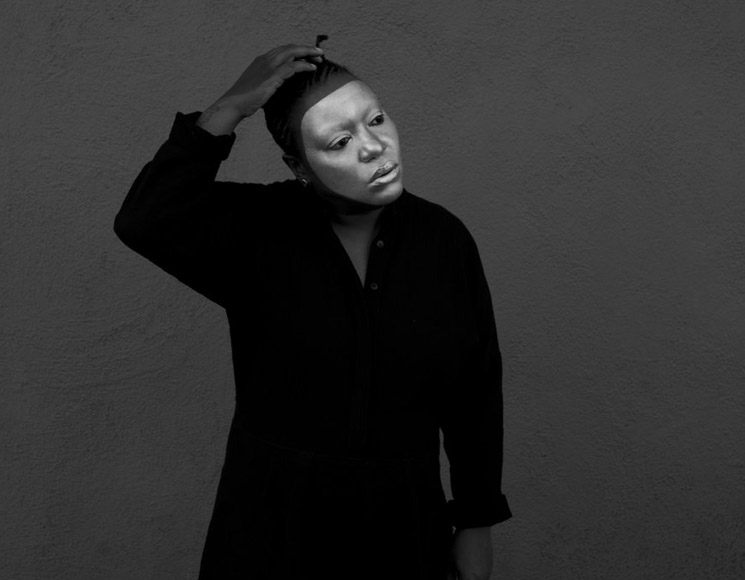 "Sometimes a song can really change the air in the room," consummate bassist Meshell Ndegeocello tells Exclaim! "It makes life not seem so hard." On her new album, Ventriloquism, the 49-year-old covers an array songs that resonated with her in her youth. But it's more than just escapist nostalgia: the album is an outlet for Ndegeocello and her bandmates to mourn.

"It was a really interesting time in my life. My father had passed away, the guitar player's father and mother passed away, we were all kind shocked about the outcome the presidential election. So there's a longing, a sadness to the music. I think you can hear our questioning."

"The most memorable things about a song are the lyrics and the beat — those are the things that stick out," she says. "I take those and try to clothe them with my ideas, with my colours. I try to add a piece myself. It feels like it's mine, but it's still familiar to the listener."

Her take on Prince's "Sometimes It Snows in April" is an example that ingenuity. Her vocals are less theatrical and more despairing; the backdrop is a little cloudy. The result is gorgeous and chilling — Ndegeocello's pain unclothed. "The Prince cover was about grief, it's me working out my grief for him. He is the reason I play music, and the first artist that really lit that spark in me. I owe so much to him and his legacy."

It's not just personal grief that Ndegeocello confronts on Ventriloquism. She's also mourning the death a moment in America — no matter how erroneous, there was a vision for a harmonious, post-racial society during Barack Obama's presidency and that hope faded when he left fice. Ndegeocello describes a lingering shock over Donald Trump's election and how it influenced her and the band while recording Ventriloquism.

"Barack Obama had his problems, but now I really mourn him," she says. "We've made a huge mistake. I think we're at the beginning a reckoning." Part the proceeds from the album will be donated to the American Civil Liberties Union (ACLU), in support defending constitutional rights for marginalized communities across America.

Although Ventriloquism explores pain, loss and grief, it's not meant to be a sad record. There's a brightness to it that adds balance to the project, it allows joy and pain to exist in layers.

"To be in pain and to show weakness is something that society doesn't really deal with well. We don't know how to grieve," says Ndegeocello. "But I don't think you can get to a lighter place without sitting in discomfort. When you try to avoid it, you're lying to yourself. The band sat in the discomfort and that helped us get out it. And what comes out that is great joy!"