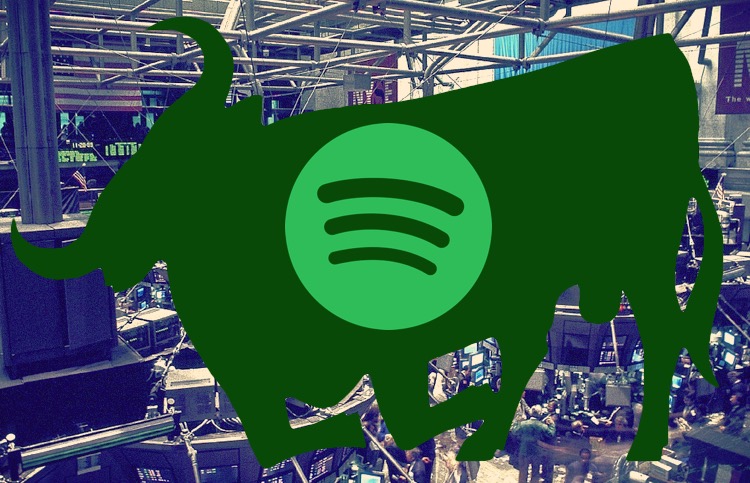 Spotify (SPOT) is experiencing a surge in price estimations on Wall Street ahead of its second-quarter results.

Q1 2018 was a big miss for the company, as Wall Street expected to see $1.4 billion in revenue.  Instead, the music streaming company only reported $1.36 billion — but that’s doing little to slow this bull.

In fact, since Spotify’s outrageously successful public offering, valuations continue to rise.  So far, there’s no profitability in sight, but the opportunity seems lush for investors.

Now, research and investment firms are sticking to their buy ratings for the stock, with several analysts pushing price targets to above $200.

Earlier today, Buckingham Research increased their price target for the stock from $195 up to $201. Raymond James did the same, raising the price target from $190 up to $210 ahead of the scheduled release next Thursday.

These analysts are bullish on the performance of music streaming services in general.  One analyst from Raymond James stated that the music industry is in the early stages of a serious global streaming boom, with Spotify just one example.   That makes the firm bullish on several different offerings, from Spotify to Pandora.

Analysts believe that music streaming have nowhere to go but up based on a variety of factors.  Those factors include the expansion of music streaming services into new territories, continued consumer migration towards paid, and the rise of smart speakers.  The in-car factor is also being considered, with dashboards increasingly streaming-friendly.

The increase in smart speaker sales is considered one of the primary drivers for subscription increases.  All of a sudden, this is an entirely new channel of engagement, with tens of millions of new subscribers potentially lured.  According to one estimate, smart speaker sales will surpass 100 million this year alone, a huge opportunity for Amazon Music.

Spotify’s performance in the market was an overall net positive today, rising 0.2% to sit just below $182.79 at the time of writing.

Spotify will post its Q2 2018 results before the opening bell on Thursday, July 26th. Analysts are expecting an overall loss of $.68 per share versus revenue, but other critical metrics for investors to follow include revenue per user and subscriber growth.

Are Vinyl Record Sales Actually on the Decline?
So, relating to vinyl numbers, who ought to we consider?  The RIAA and Nielsen Music,…

Why a DJ Khaled 'Monster Lawsuit' Is the Best Thing That Could Happen to Billboard — And the Music Industry at Large
Billboard’s chart rankings are a beautiful mess.  But what’s the solution? There’s something oddly satisfying…